Don't hire a woman for the sake of it, get the best person for the job 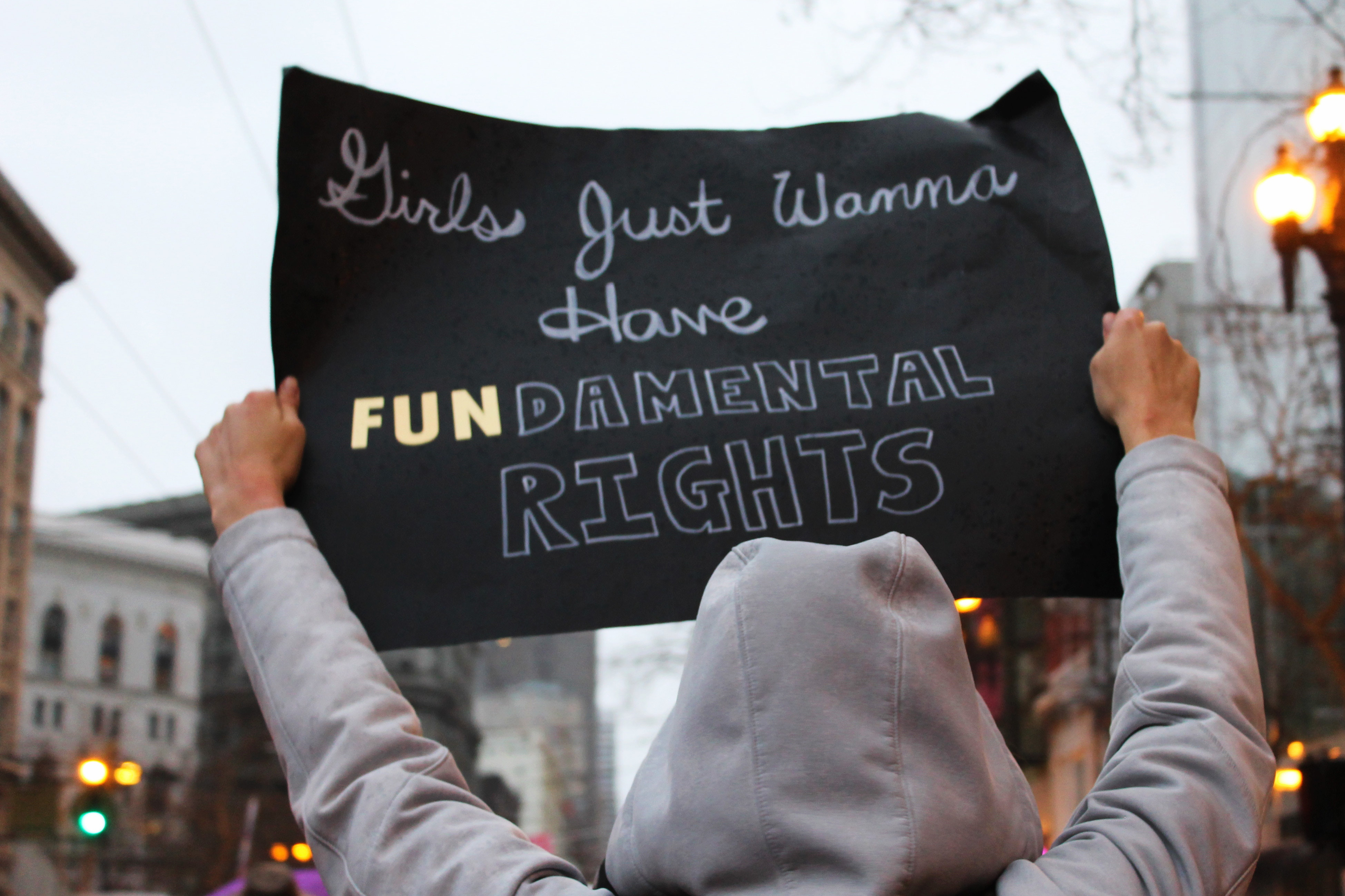 Let me ask you a question, why do people get so annoyed at people who still campaign for gender equality? It’s a real opinion of some people that the UK is an equal place now and they get super irritated at anyone that says anything different. It’s 2019! We’re equal!!

We’re so far off gender equality, but it’s not your fault you didn’t know that — if you don’t experience it I guess you could be excused for not knowing. However, I think it’s time we stopped rolling our eyes at people with cardboard signs. If someone has the time to go out and campaign, they’re probably not shouting for no reason.

If that means we have to do things differently, well, maybe we should. A little word of advice, being against equality is pretty uncool these days.

I have a little sympathy though, I guess someone could be forgiven if they’ve never understood the issues. Sometimes admitting you don’t ‘get misogyny’, or thinking ‘sexism doesn’t exist anymore’ can mean you’re met with aggression and ridicule from people who understand better, or experience the issues themselves, which can make it hard to learn.

I don’t think this anger is always at the individual — it’s at the struggle. No one is angry when people don’t understand. They’re angry that they take time to campaign and spread the message, and yet some people still haven’t heard it, or completely deny it.

If you’re one of those people who think gender equality has been reached, it’s probably because the negative effects of inequality don’t affect you. It’s arrogant, and a little bit thick to think, “well, I’m a woman and I’m doing fine, therefore misogyny doesn’t exist.” Misogyny does exist. I know this because I still hear phrases like: “You shouldn’t just hire a woman for the sake of it, you should hire the best person for the job, on merit.” As if her gender is her most employable feature, and that she couldn’t genuinely be both a woman AND the best person for the job with ‘merit’.

When someone says something like this, it’s about as relevant and obvious as saying “you shouldn’t just employ someone because they’re a woman, they’ve got to breathe air too,” as if they don’t breathe the same air as everyone else.

Notice how people panic and conjure up scenarios where men will not be allowed to go for interviews anymore, or where employers will give jobs to women over men based on their gender. (Notice how the reverse has been true FOREVER and also notice how no one is suggesting we do that.)

I can’t believe people have genuine concerns that gender balance is a threat and not something we should be striving for. Do people genuinely believe that one type of person can hold all the necessary skills to understand multiple points of view?

The issue with this is that we need the world to function for everybody, and whilst we only expect one type of person to lead and solve problems, some people’s problems can never be solved. This is not man-hating, this is not middle-class-white-man hating. This is common sense. No one is trying to crow-bar men out of jobs, or employ women to ‘look good’. A balanced workforce holds a wider range of skills and experiences, and whilst it’s clear there are so many issues still faced by women, why are people so against trying things differently?

Imagine you needed to find an answer to a question, would you ask one person 20 times, or ask 20 people once? I would rather ask 20, we need different voices in power to make balanced decisions that work for more than one type of person. Again, this is not man hating, it’s not that men are bad decision makers, it’s that any one dominant group is not good.

You got told men don’t dominate senior positions anymore? You’re kidding right? In 2018 The Independent wrote that ‘there are more CEOs called Dave and Steve, than there are women CEOs.’ I have an issue with this, and people waste a lot of time getting offended at people like me who have an issue with this. People are quick to defend Dave and Steve, but chill. No one’s saying they’re bad at their jobs. No one’s saying men are bad at solving problems, we’re simply saying the problems aren’t solved. (See, any news channel) It’s not the fault of Dave or Steve that violence against women and a gender pay gap exist. What we ARE saying is that these issues should be a priority, and don’t you think those issues could be tackled better if there were some women on the job too?

Why are we asking Dave and Steve to be able to solve everyone’s problems, no wonder they feel attacked when things go wrong? Maybe, just maybe, they’re not the right people for the job. If you’re still struggling with the notion that gender balance in powerful positions might help address inequalities, I’ve written a story about a giant and a dwarf that are trying to build a house...

A Giant builds a house for a Dwarf, but the house is no good. The door knobs are too high, the corridors are too long, and he can’t reach the sofas!

The dwarf says to the giant, I’m very sorry but this house is no good for me, everything is too large! The giant instantly realises his mistake and is very apologetic, he says: “let me make your house again for you, I understand the problem, and I can do a much better job now!”

The giant returns very excited and says, I have finished your new house! Please come and see! The Giant thought he had made everything better by making it smaller, but the house was still no good. The Dwarf could not reach the bathroom light cord, as the giant had also made this smaller.

The dwarf found himself in an awkward position. He doesn’t want to upset the giant a second time, but he is unable to use his bathroom because the giant was not able to understand what it was like to be a dwarf.  So he thanked the Giant and paid him.

“Next time I will ask a dwarf to build my house,” thinks the dwarf, which seemed like a simple solution. However, ALL the builders in the town were giants. When he hung out with his Giant friends he used to complain and say “my bathroom light cord is only 1 metre long,” and his friends would always reply “So? What’s wrong with that? Stop complaining,” The Dwarf felt very alone, and thought nobody could help him, or understand him. To stay well-liked, he stopped moaning about his house, and just got used to using the bathroom in the dark like everybody told him to. He didn’t want people to start saying he was a Giant – hater. The truth is he just wanted a house that worked for him, and he wanted people to stop telling him it did, when it didn’t.

If we want to create a (house/world) that is safe and supportive for (dwarves/women), we’ve got to accept they know how it needs building. If you are confused by the issues people campaign about, it doesn’t mean they don’t exist, it just means you don’t experience them. Lucky you.