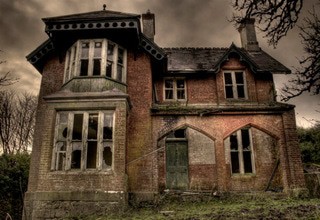 We asked you for your housing horror stories and top tips to help students Rent Right.

We’ve gathered he best (or worst ones) for you to read below, along with some bits of advice from those who have been there.

Remember, if you're feeling overwhelmed, don’t know where to start, or just want to check you’re on the right track, we are here to help. The Advice Centre can check over tenancy agreemenets and offer guidance about deposits, finding accomodation and more.

Check out their housing booklet, or drop in for advice or support on renting, or any other problem.

“When my flat mates and I moved into a house in Fallowfield we were really happy because we got one on Granville Road. I couldn’t go home in the summer because I was working, so I agreed with the landlords to stay in the house. When I moved in, there was no flooring down in the halls or kitchen, the oven didn’t work, the heating in my room didn’t work and the roof was leaking into my room so badly that the wall got wet when it rained (and I didn’t know this was happening until it started, because they had painted over the damp!)

When I told them about the oven, they took 2 weeks to fix it, so I had to improvise for food. The roof didn’t get fixed for about 4 months, and my heating never got fixed properly, so my attic room was freezing cold all the time - I hated it. We didn’t get some of our deposit back either because the house was apparently dirty, even though it got cleaned from top to bottom, and was in a better state than when we moved in!”

“Don’t be worried to keep on your landlord’s case if things aren’t right. You’re paying for your house to be in a liveable state. Don’t just accept that a student house has to be falling apart - you have to live there so it should be at least functional and warm.

Spend plenty of time looking around at different houses. It’s tempting to get the first one you see but there may be better ones that are cheaper.

Don’t limit yourself to one area. There’s plenty of student houses in Manchester, not just in Fallowfield. Think of the area you want to live in - if you aren’t into your neighbours having house parties until 4am, then Fallowfield might not be the best place to live.

Decorate your room! You have to be there for a year at least, and it’ll make your time there feel more homely. I wish I had done more decorating!”

“During second year I lived at Mansion Court owned by Homes for Students, a rushed decision due to my previously organised housing falling through. It was reasonably priced and didn't look too bad so I decided I'd take the room.
When I attempted to pay my rent, which is supposed to be done through their website, I was unable to do so as it didn't even give me the option. I made HFS aware of this immediately, and suggested paying by card or a bank transfer - they informed me this wasn't an option and assured me they would fix the issue. After several weeks of trying to pay online, and them still assuring me they would fix the problem I suddenly received an email demanding immediate payment of rent, plus a £200 late fee that was all of a sudden payable by card or bank transfer! I disputed the late fee, explaining I had tried to pay many times and had informed them of the problem many times as well, but they refused to hear any of it, insisting they had emailed me explaining the alternatives and had tried to call me -  none of which was true. I played the rent at once, but still tried to dispute the late fee, but after they threatened to take me to court over the issue I decided to pay it as the stress this was causing had already caused me problems at work and university. This wasn't the only problem over the year but certainly the most serious.

Other examples would be the heating never being on, them taking a month to fix a bedroom light after it being reported broken, and trying to charge residents money to fix an already existing rodent issue (which was quite bad to the point of there being mice in the kitchen at night).”

“We moved into a new house in Hulme, only to discover that the previous tenants had taken extremely poor care of the house. The landlord delayed us from moving in for about 5 hours, with the housing agent refusing to hand over the keys, whilst my flat mates and I sat in the office.
Once arriving at the house, we discovered that the place has not been hoovered or cleaned, except for the bare minimum. The downstairs bedroom was damp and you can't breathe in there, and the kitchen is covered in black grease.
The worst yet - dirty syringes in the garden, and empty foil packs of drugs by the back door, with our gate kicked in. They only cleaned up the garden 3 weeks after we moved in, and only removed the syringes in late October.”

“Stay on top of your landlord and agent – they might like to do things on the cheap and easily, but don't let them get away with not maintaining the property. Also photograph everything, and call them up weekly until things are fixed.”