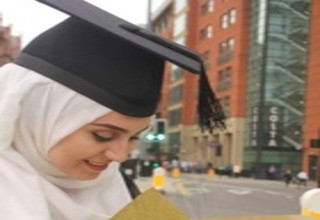 As a Postgraduate student, your HPSC CRSS, Course Rep, and the Education Officer for the largest society at MMU, you have trusted me to be your voice in several departments. I now want to be your voice at a national level!

As your NUS delegate I will represent each and every one of your views at the National Conference and strive to make a positive change for the student body here at MMU. I aim to represent all views and concerns by minority groups including international students, women and BME students. I believe that the NUS needs to be doing more to support students, especially those suffering the most from the cuts to funding. I will work diligently to oppose any potential rises in educational fees as well as fighting for free education and living grants.

I will also campaign for support for Migrant and BAME students. Migrants and ethnic minorities have been under attack since the Brexit Vote. Hate crimes against minorities are rising rapidly and through the racist Prevent strategy, academic staff are given a licence to discriminate. I will actively lobby against it to allow students their right to voice their opinion. We have to mobilise against any and all efforts to scapegoat minorities for the problems created by the choices of this government. I promise to work transparently so that the student body always knows what is on the agenda, equally with all students and proactively.

I believe are rightfully entitled to a ‘Battling NUS’ which follows its own policies, with leaders doing what we elect them to do! Our national union should be run for students, running on what we demand that they do, not a small clique of officers and their friends. The NUS needs to stand up for its members especially in this political climate, and as a delegate to national conference, I will fight for change for you!

Vote for me to be YOUR voice, to make YOUR opinions matter and to have YOUR demands met!