Manchester's been home to some remarkable women – some you will have heard of, and some who have quietly smashed expectation.

Bronte Law
2016 Female Player of the Year and 2 time winner of the English Women’s Amateur Championship, Bronte Law from Stockport is a formidable golfer. In 2018 she set a new LET record for the number of consecutive birdies and tied the record for the total number of birdies in one round – which if you know golf, is impressive.

Qaisra Shahraz
The recipient of the Lifetime Achiever Award at the National Diversity Awards, Qaisra Shahraz continues to campaign for equality, especially with her project MACFEST, which aims to bring Muslim and non-Muslim communities together and promote inclusivity. On top of this, she’s also a successful novelist.

Lydia Becker
Manchester born and bred, was a leader in the early British suffrage movement. She was a busy woman of the 19th century, founding the Ladies’ Literary Society in Manchester and winning multiple prizes around horticulture - of which she was self-taught!

Jenny Ryan
Best known as The Vixen on ITV’s The Chase, Jenny Ryan (from Bolton) proves how intelligent and sassy women can be. She’s consistently proven how big her brain is, from appearing on University Challenge and Mastermind – where her specialist subject was Buffy the Vampire Slayer.

Maxine Peake
You might have recently seen her in the Black Mirror episode ‘Metalhead’ but Maxine Peake is finding new ways to break barriers as an actress – most notably playing Hamlet in an all female production at the Royal Exchange.

Tracey Neville
From Bury, Tracey Neville lead the England national netball team to victory at the 2018 Commonwealth Games as their coach – this was after having to retire from playing ten years earlier due to a knee injury. She persevered and never gave up, which won England their first ever gold medal.

Betty Tebbs
A gender pay gap activist before it was cool, Betty Tebbs got involved at the age of 14 when she realised a boy who she worked with was paid two shillings more than her for doing the same job. She went on to get equal pay for all at the East Lancashire Paper Mill.

Dodie Smith
Did you know a woman from Bury created the classic and loveable 101 Dalmatians? Dodie Smith had a hugely successful career as an author, with her novel ‘I Capture the Castle’ voted as one of the nation's 100 best-loved novels.

Caroline Aherne
Perhaps best known by some as the voiceover from Gogglebox, Caroline Aherne was brought up in Wythenshawe. She went on to become a well-loved performer, especially with her role as Denise in The Royle Family – and the love showed after she sadly passed away in 2016.

Sunny Lowry
The local swimming baths only offered single-sex swimming sessions, meaning Sunny was unable to compete against the men – so instead she decided to swim the English Channel. Successful on her third attempt in 15 hours and 41 minutes, she is one of five British women to have swum the Channel.

Emmeline Pankhurst
She’s got a massive statue in St Peters Square, but why? She was the founder of the Women’s Social and Political Union who are more commonly known as the Suffragettes. She was on the front line of campaigning for Women to have the right to vote, and found herself in prison several times. Eventually, the law was passed, and thanks to hundreds of women led by Emmeline, in 1918 women over 21 had the right to vote. 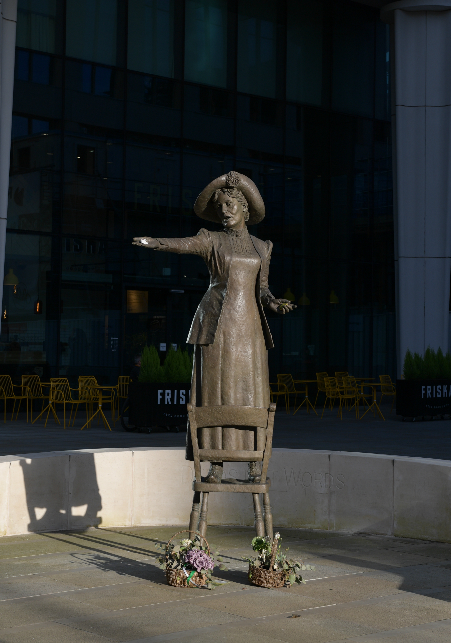 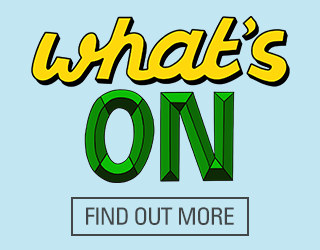