Misogyny is now a hate crime - What does that mean?

Trigger Warning: Please be aware that the following article references sexual violence and types of hate crime which may be destressing to some readers. For support and signposting on issues raised please see the links provided at the end of the article.

Earlier this month it was announced that going forward misogyny will now be classed as a “hate crime”, but what does this mean?

During International Women's Month it's hard to ignore the figures of violence against women and let them go unnoticed. The government has finally listened to campaigners demands, meaning that from Autumn, misogyny will be recorded as a hate crime by police in England and Wales. Police will be asked to record and identify crimes of violence, believed by the victim to have been motivated by hostility based on their gender.

Quite simply, when a hate crime is carried out against someone (e.g. assault, harassment or criminal damage) and then proven that it was because of their race, religion, sexual orientation, disability or transgender identity. When looking into recognising misogyny as a hate crime, we're simply saying, that violence to women can happen, just because they're a woman, and that misogyny is part of those root causes.

While the category of women alone is not classed as a minority group, equality of protection for all is a key factor in deciding what is classed as a hate crime. This is something that cannot be ignored when looking at the violence that women can experience and what protection is offered to them. 97% of women, aged 18-24, have said they had been sexually harassed and they have stated a lack of faith in authorities’ ability to deal with it. Often women avoid reporting the violence they experience as they don't believe it’s going to be taken seriously, which is especially vital when looking at the issues different groups of women, including trans women and women of colour, experience. By putting in steps to recognise that a crime can be motivated by sex or gender, you're empowering all those that experience misogyny. Hopefully when moving forward with the new measures in place, we're finally looking at the potential for real change.

Hate crime isn't considered a specific offense in England and Wales but when a crime falls into one of the above categories, judges have enhanced sentencing powers and can increase the punishment as a result. In Nottinghamshire, they've considered misogyny to be a hate crime for the last few years and have collected data that has shown it has made a positive influence on women in the area. It has shown to not only help with detecting crime but also it's helped to shift attitudes and change the culture of how to deal with violence against women.

#MisogynyIsAHateCrime is a campaign that has been led by students and local community in Manchester, who have worked to implement the same steps that Nottinghamshire have implemented, eventually working to have it recognised on a nationwide scale.

After the murder of Sarah Everard, the issue of violence against women and girls is impossible to ignore. It can't be swept under the rug again and more must be done to recognise the structural issues that impact or cause this crime when looking into the solutions that need to be offered - but this is a great step in the right direction.

You can follow and support the #MisogynyIsAHateCrime on Instagram to keep up to date on who the campaign continues to progress.

For support on any of the issues raised in this article please visit our Advice Centre online services for signposting:
Hate Crime
Sexual Misconduct
You can also make an appointment to speak to one of our advisers through email or by phoning: 0161 247 6533 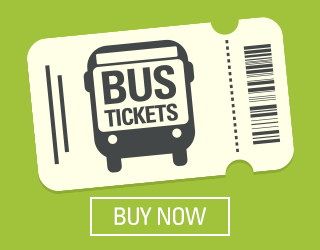